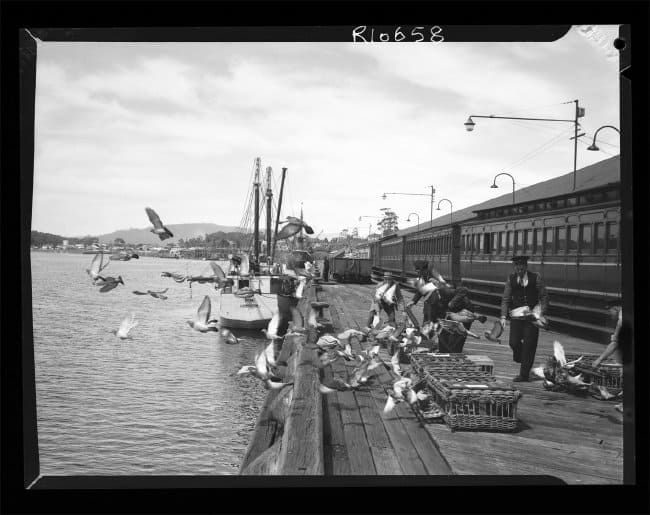 ‘Pigeon keeping, pigeon fancying, was quite a popular hobby, going back a few years. Less so now. But people kept pigeons for racing. It was quite an… interesting hobby… Of course they’ve got this innate homing ability. So pigeons would be put in a wicker basket, as you can see in the photo. They might be taken thirty miles away, let go, and when they arrived back at their home coop their arrival would be registered with a timer, so the fastest bird would receive a prize. Well, the owner would receive a prize! When I worked at the railways for a few weeks in 1968, I can recall pigeons being brought in to be sent away on the rail. And years later, even back up into the 90s, 2000s, truckloads of pigeons being brought from Victoria on the ferries for release here in Tasmania, to fly back to the mainland.’
— Stephen