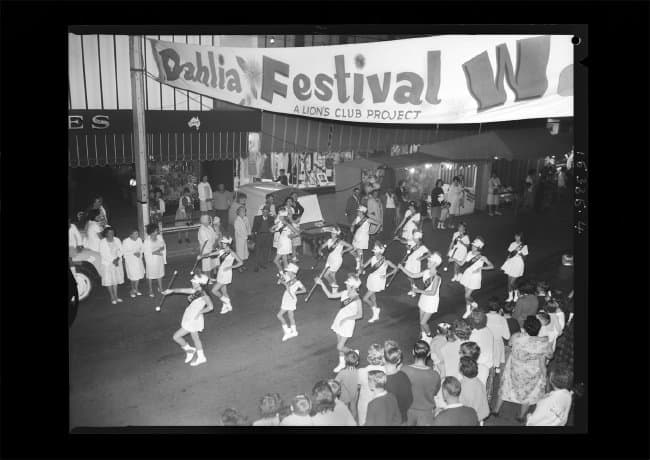 ‘Dahlia Festival, Lion’s Club Project. They’d be perhaps the top marching girl group, leading the Dahlia Festival Parade. The Devonport Band would never march. If you had wanted to have a band to march, you always had to get Latrobe Band. The Dahlia Queen, for winning, was given a trip to the big festival there… Moomba, at the expense of the Lions Club.’
— Bill

‘Dahlia Festival and Apple Festival, another two big events in the town. Dahlia Festival being the culmination of people growing dahlias in their garden, and being judged finest flower. So it was very much a social event, culminating in a day of floats going through the town with decorated trucks and bikes. Local businesses would have a themed exhibit… they’d dress up for a particular event or theme. As a kid you were hoping that people on the float were throwing lollies.’
— Stephen