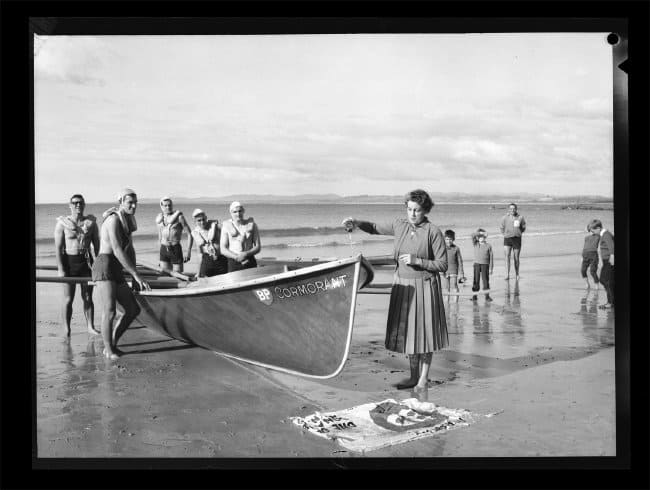 ‘Women didn’t ever participate in the actual activities of the Surf Club. That didn’t actually come about until 1984, when they took girls into the Surf Club. And so we were on the Ladies’ Committee, and our job of course was to raise money, and to have dinners and functions and things like that… But they were great days… we were just the beach belles I suppose.
— Judy

‘Barrie Cole went with Ken Knight to Adelaide for the Australian meeting, and suggested in 1961 that girls be able to get their bronze medallion. That was howled down, it was 1980s before girls were allowed to, and Tasmania brought it up, and Tasmania wasn’t good enough to bring up something like that. So nineteen years later, after Tasmania suggested it, it came up.’
— Arden